My Grandmother collected my drawings assiduously, storing them in boxes from the corner shop. The preciousness with which she imbued this collection reflects the persistence of love that only a grandparent can bring to the seemingly trivial scribblings of a small child.

My Grandfather spent hours writing poems about me on his old Underwood typewriter, in a flowing and fully formed manner, which we have lost due to the ubiquitous word processor.

While I invented/interpreted the world, he would type and we would pass the time together.

Bringing these two elements together suggest to me that dream-like aura of childhood; half remembered, half invented, half lost… 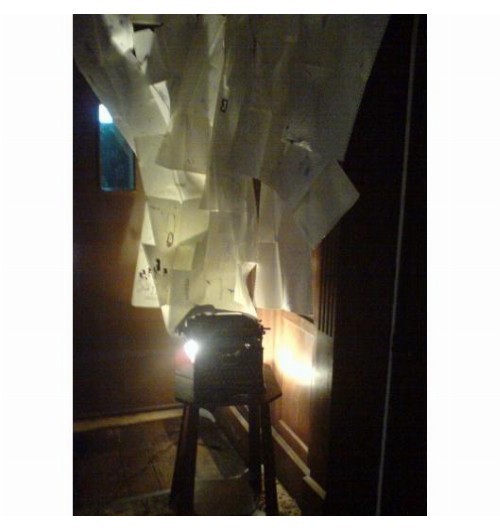