Sarah makes temporary installations which are intended to make viewers think about the ways in which we relate to, and engage with, daily life; with places, spaces and people. The work is concerned with the transitory characteristics of people, objects and the ways in which they move and shift across physical, cultural, imaginary and geographical boundaries.

Featuring conceptual upholstery in her work, Sarah’s work examines the relationship between art and daily life. Choosing techniques and materials which have been traditionally associated with the domestic, home craft, the decorative and childhood to create objects which nurture and protect.

Sarah was assisted and inspired by Year 5 children from Holy Trinity School.

Together they have engaged in that age-long activity of childhood – playing on the furniture. The play centred on the notion of the ship as a vessel of escape to an ideal land; a metaphor for the popular tabloid concepts of immigration. This has led to the creation of two ships of the imagination: one which is fantastical and flamboyant and one, a life boat, which is a more stark reading of the situation of the immigrant, reminds the viewer of the terrible pictures seen on the News, of the abandoned refugees’ plight at sea. The deconstruction of the furniture’s functional status is a parallel to the loss of community structures, while the children’s reconfiguration hints at new possibilities.

Whenever we move we take something of our home with us, be it an object or an attitude. The exhibition has focused on the concept of “home” as a portable place, with the tea service forever providing sustenance.

A range of maps have been fused with the surfaces of the vessels to guide their journey. Drawn from the children’s conceptual maps of the area they reveal the hidden pathways and uncharted substrata of Southport, with deceptive compasses for direction.

The children also interrogated works of art from the Atkinson’s collection and selected three that they felt represented Southport, the land left behind and the family who might have to emigrate, these informed Sarah’s creative processes in the two gallery spaces. Following this the children will make their own exhibition at the Southport Arts Centre (April/May) re-examining the concepts of home and location explored with Sarah.

Navigating a New Home is generously supported by the Arts Council of England, North West and has been made possible by Sefton Arts Development Unit, Holy Trinity School and Parenting 2000. 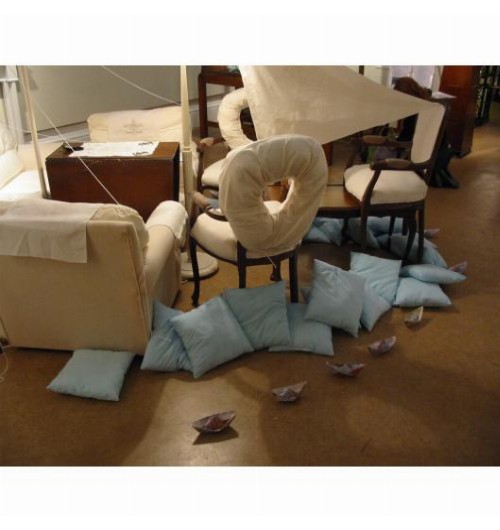 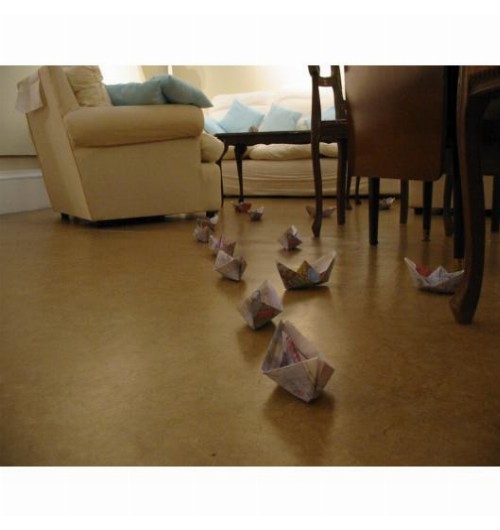 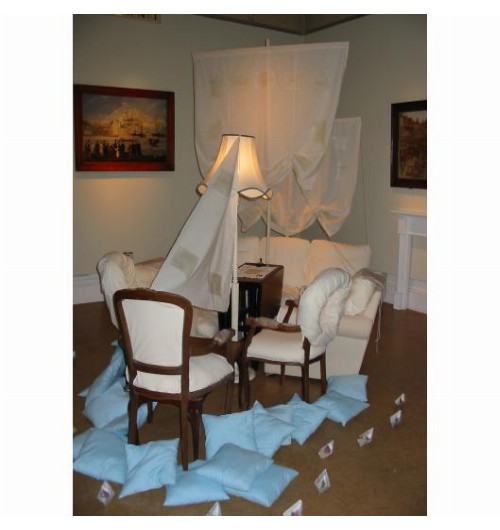 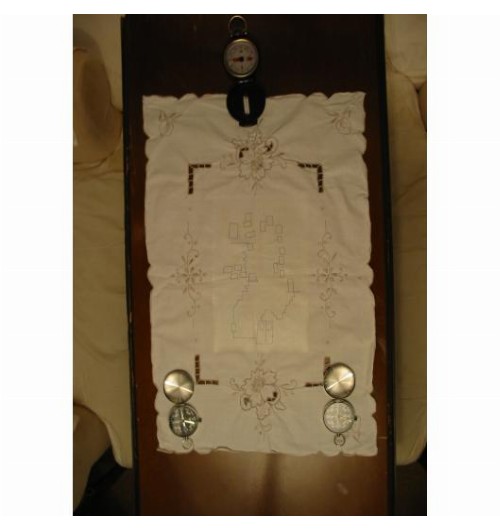 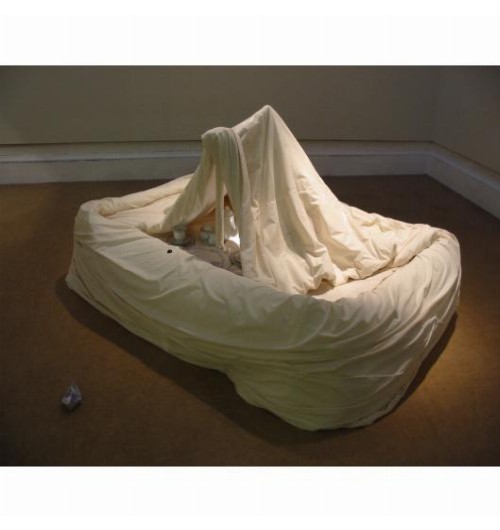 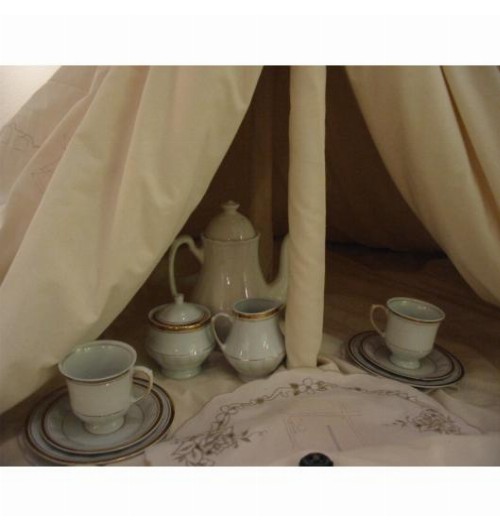 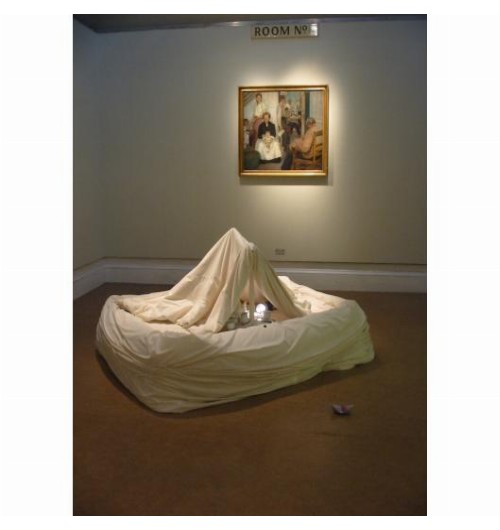 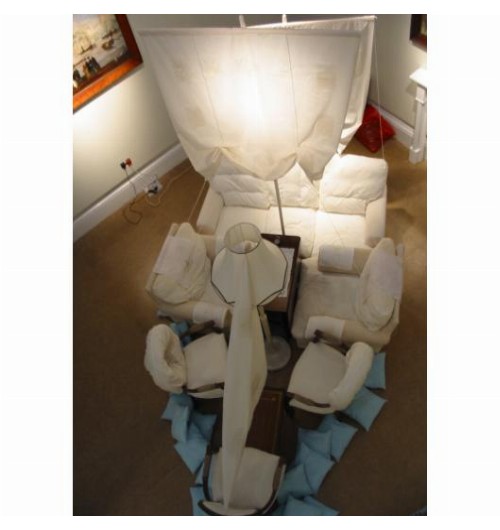