We all do it, we pick up stuff and think, “I could make something really interesting with that” and it goes on a shelf or in a pile in a corner and it becomes… Clutter!

Clutter is not merely a physical condition but also a mental state, often a point reached when too many works exist within and need to be “exorcised” in order for further progress to be made.

Sarah Nicholson has created a new body of work exploring the relationship between collection, the multiple and the miniature from a feminist/feminised perspective for exhibition at the Alsager Gallery, in the Manchester Metropolitan University’s Crewe and Alsager campus.

She wants the museum case to explode and to poke around with the fragments. The work takes the form of small multiple objects and images, some wall based others freestanding or suspended that colonise the Alsager Gallery spaces and thus draw together several themes active within Nicholson’s work.

The materials used have been collected over the course of her time working as an artist and range from dolls to books to childhood drawings to a large collection of lights to fabric samples to stories … These objects have been crying out to her for some time to be remade, re-found, re-evaluated.

Many of these works originally existed as elements of previous installations. Here, the artist "recycles and regroups" the works to construct new layers of meaning, in part influenced by the space of the Gallery itself. She describes the sculptures as having a "familial relationship". Like family members they each have an individual identity, but can be modified and enhanced by the group dynamic. The dynamic changes each time that the works are installed are affected by the associative positioning of the sculptures and their current spatial context. 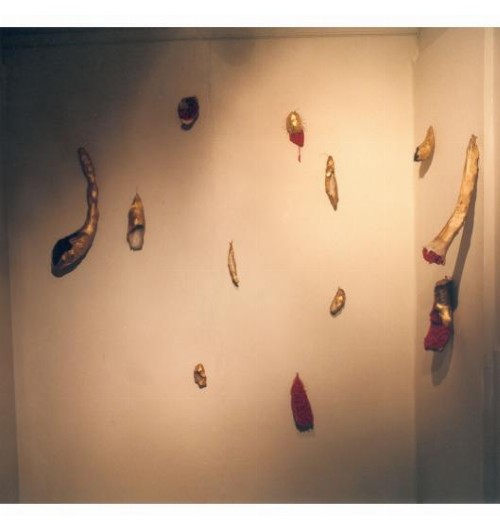 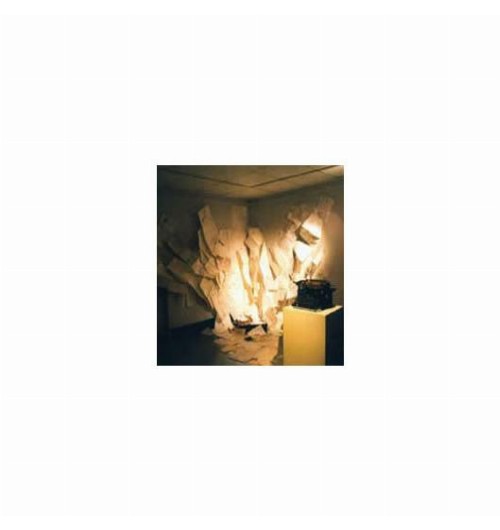 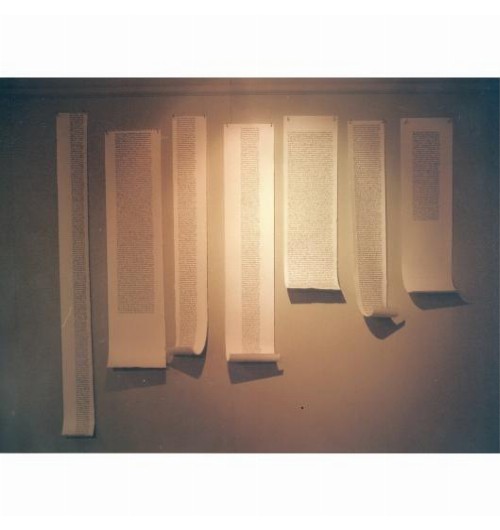 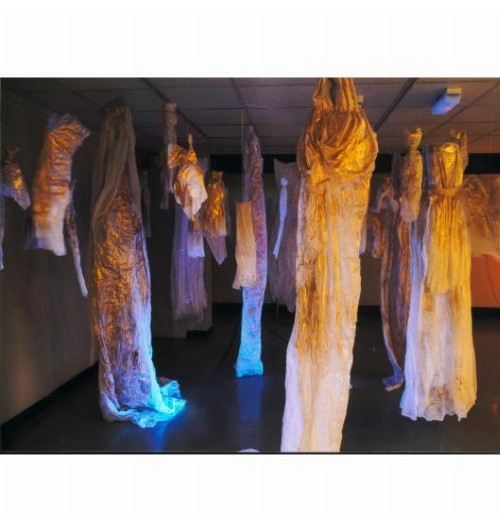 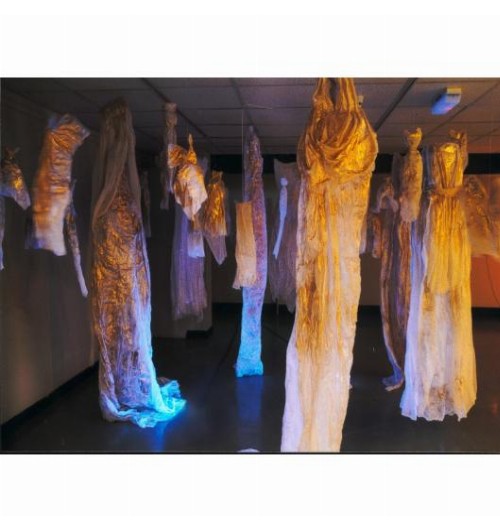 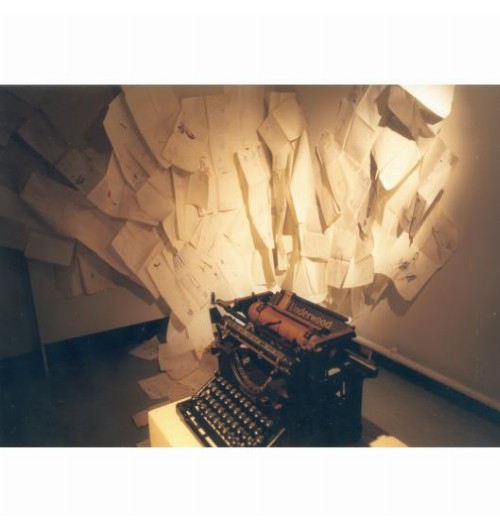