When my Great-Aunt Edith passed away we discovered a box full of old dip-pen nibs. As she was one of the first female head mistresses in Liverpool I found these objects poignant and wished to create a small shrine to the influence her letters must have had on many lives.

In these works I am exploring the dissemination of information, questioning why some paths of enquiry are valid and others aggressively ridiculed.

Using the example of fairy tales, I highlight the fragmentation of matrilineal lines of communication and the value of womens' words.

Abridged
"Concepts of the human body and of the collection are at the cutting edge of postmodernist thinking. In her autobiographical appropriation of these texts, Sarah Nicholson explores the evocative and emotive quality of both. The installations she creates are fascinating in detail and forceful in their critical comments. She has succeeded in creating a powerful critique of contemporary issues."
Professor Susan Pearce, Dean of Arts, DeMontford University, 1997.

Casting Futures
The value placed on womens' work is central to these works, with their focus on the processes of domestic magic and the links forged between the activities of the hands and the rituals of fairy tales that lull the work along.

Fairy tales spend so much time devaluing womens' work and yet insist that if you slave away in silence, like a good girl, then your handsome prince will someday come and rescue you from the drudgery of the kitchen. Yet without the bonds formed and the wisdom passed on, from mother to daughter during this time alone together, how would womens' escape from domestic confinement have been forged?

Personal and social memories are disseminated in many forms; here I have focused on those that reach us via the museum display and the activity of collecting. The miniature bottles were from female member of my family and include ink bottles, perfume bottles and glass bottles which had been found digging in the garden. Each contains a message sealed in wax and explores further my interest in hidden knowledge and matrilineal paths of dissemination.

Collectanea
These four small boxes have been made and remade so often that I cannot think of them as a fixed object. This combination of text, glass, wax and light has the added element of luxurious, sensuous velvet. It has been exhibited at the Stroud House Gallery, Gloucestershire, as part of their first New Graduates (‘97) exhibition and has been used as a cover image for the exhibition Delicate Dissidence.

Making it up
Dating form the 1930's this beautiful make-up box used to belong to a Great Aunt of mine. She was something of a local beauty and was wooed by the rich and (nearly) famous. This box reached me via my mother and includes secreted images of both together with fairytale text exploring the happily ever-after of the fairytale beauty.

Wax Works
Exhibited at the Collins Gallery, Glasgow this early series of boxworks considers the rituals of recording or discarding social and personal histories, exploring our revealed or concealed natures. 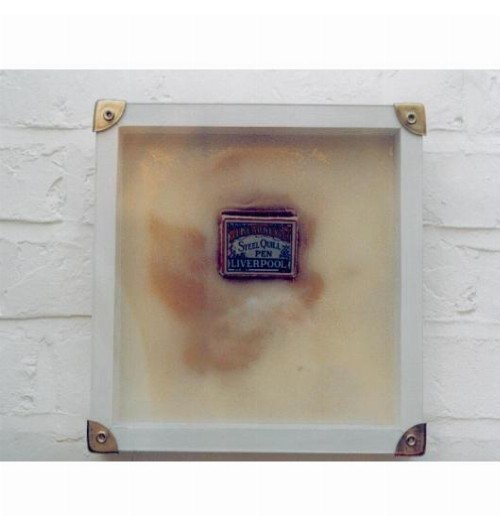 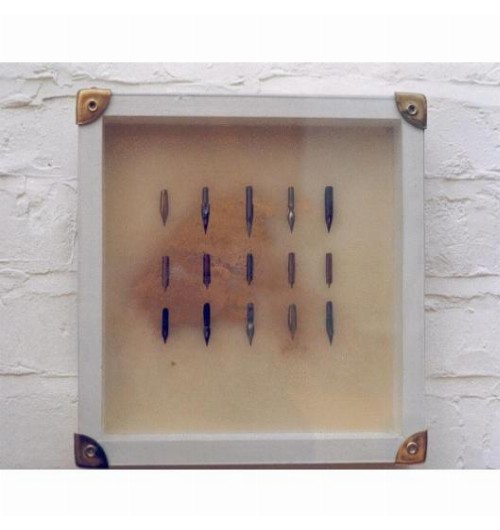 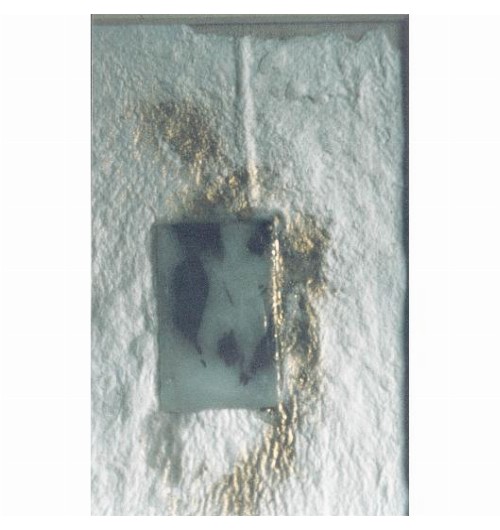 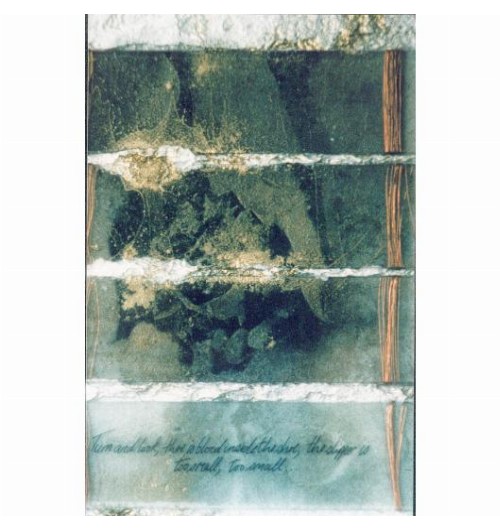 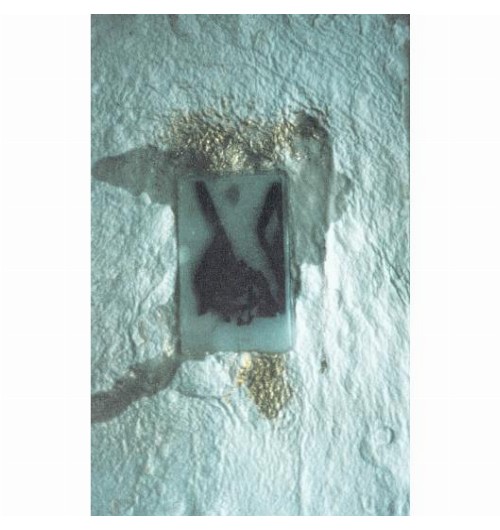 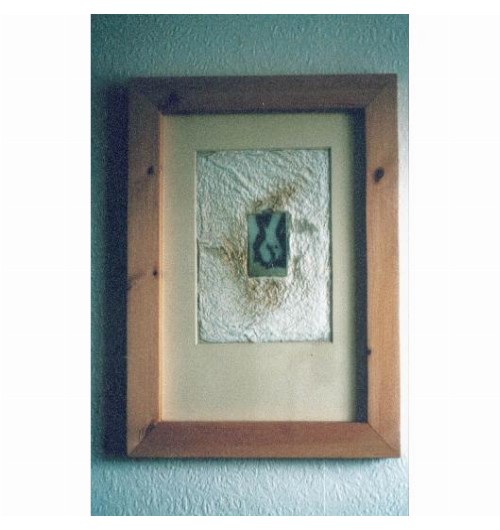 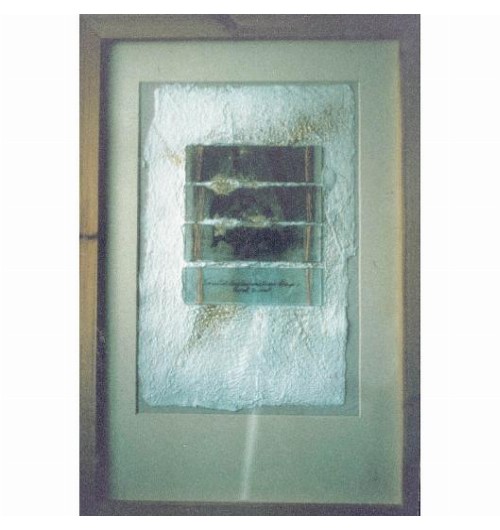