The dresses work started out as a workshop based piece with young women in Kirkby, Merseyside. The idea was to create an artwork based on their/our perception of the female body, and to explore where we got those notions from. We looked at the media, at fairytales, at medical literature. We also looked at the female body as a commodity to be collected, controlled, contained. This engaged with the idea of the miniature and the gigantic (the ob-scene – as over sized women can be thought of).

Playing on the magic numbers always used in fairytales we came up with 7  dresses exploring themes of the Supermodel, Marilyn Monroe (the tragic Blonde), Maternity, Cinderella, the Bride, the Sybil/Nun, the Child (Alice). That was in 2000. As I have been invited to exhibit the work several times since, I started re-assessing it. The  workshops had produced some small, beautiful dress maquettes and as an underlying theme was the gigantic, its opposite, the miniature, appealed to me. As I'm sure you know one of the things that appeals to individuals who collect is the miniature object with all its connotations of containment and control – themes from fairytales and the media also – getting the whole set – completion, resolution of a desire. This led me to create a range of collectable miniatures of the gigantic dresses, multiples easily remade over and over in a production line fashion. The presentation of the work is dependent on the space … full of resonances that intrigue me. 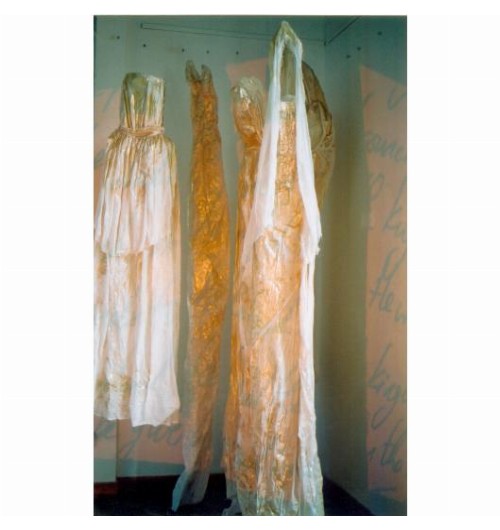 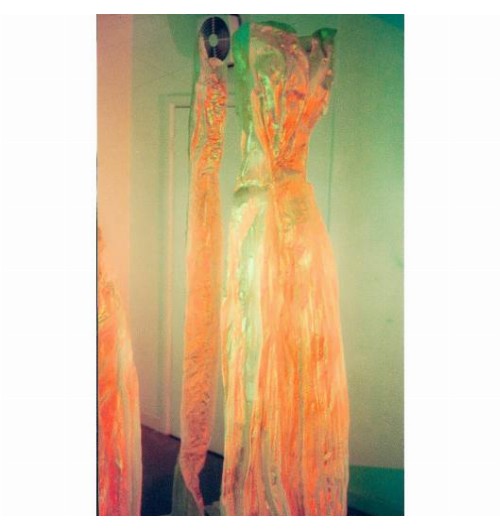