Nicholson’s obsessions are similar: she is concerned with the fragment, the disjointed, the part of the story. She elevates the incomplete, those things vagrant, and makes them monumental (not necessarily in scale more in spirit – scripts sealed in bottles, pen nibs set in wax – Nicholson ensures that her orphaned objects will last). Her focus is the glass-fronted museum case, frequently mislabelled and badly lit, and so her ideas became quickly appropriate: the mentally ill are (too) often stereotyped and put into boxes, excluded from society, and their singularity is rarely projected into the world.

Her proposal was in two parts: firstly, a series of boxworks – a positive concept – literal parameters that the mental health service users were metaphorically invited to be within (unlike society’s) and secondly, a projection work highlighting uniqueness and worth.

The box form was born of Nicholson’s museology pursuits. Through a number of workshops, some museum based, others in mental health units, we introduced participants to the idea of the ‘case’, and then encouraged them to bring to the group objects of personal resonance for representation in the boxworks. These were eclectic: tiny beaded Canadian grievance dolls, a Queen anthology (a collector’s item), a piece of Tunisian rock, a necklace, photographs, a diary, a family coat of arms, a toy pilot (my own, I arrived into the world with it – a present for my brother), a lucky charm shoe, shells, collected coins, a stamp album (collections within collections), poems and ditties. Mind maps of key words (mood, isolation, communication) were also made, poetry and sayings were recorded, and casts of objects were made, perfect white replicas; our aim not to strip participants of their much-loved possessions. Textures and colours were explored too, black being the most popular of the latter, but Nicholson countered its starkness with sumptuous fabrics (velvet – another of her favourites – suggested as case linings to offset precious objects and analogise the preciousness of the participants). Nicholson, at one point, got groups to admit to a light shade of grey, but her aim, via material and metaphor, not literal colour, is to communicate the vividness the mentally ill bring to the world. Highly detailed plain casts convey clarity, lucidity and intelligibility. But these boxes are not show cases, and the mentally ill are not on display. Rather, they are subtle, almost fragile statements by talented and diverse people. The power they encompass, encase, is huge.

The boxes are to be exhibited at a local Stockton-on-Tees museum – The Green Dragon – sited amongst historical display boards and artefact-filled cabinets. It is as much about bringing society within the participants’ parameters as it is about taking the participants into society. A two-way process, as is the glass-fronted museum case itself.

The second part of the project, the projection work, is to be shown at The ARC (Stockton’s centre for the contemporary arts). Not solid like the boxes, but within an inherently strong statement, the piece is made from photographic images of the participants’ eyes, hands, mouths – those physical characteristics that when photographed in isolation retain anonymity, but whose images speak expressively of identity, character, humankind. It is an easily accessible piece of work two-fold: it is to be sited in the ARC’s 4 x 11’ curved front windows, so visually impacting, and its content is immediately identifiable in form (we all recognise eyes, hands, mouths as being part of a larger being, even though the identity of that larger being is retained). It is, if you like, Nicholson’s disputation of the ideas of physiognomy; a question mark against the supposed art of judging character by facial features; a reversing of this pseudo-scientific theory. Nicholson brings the disparate images together and creates a computer-based animation of slowly separating features. The individuality of the palm is highlighted with poetry following its lines (lines of words on lines of skin) and recorded sayings are incorporated into a soundtrack of whispers and undertones. It is an audibly subtle work and a delicate illusion (a hovering image, sometimes three-dimensional, sometimes two) but what the projector-light-window actually transmit is as solid as the building in and from which it is shown: those who have mental health issues, some of whom I have had the pleasure of working with on this project, attractive and gifted people, are frequently (mis)labelled and viewed as one – the ‘mentally ill’. Wait a moment for Nicholson’s film to begin and the myth is dispelled. Not magic, simple reality, multiple, moving and made of real individuals.

Nicholson and Allan interrogate further the phenomena of site-specific artwork in relation to the accepted and unaccepted in mental/emotional achievement, perhaps by using the “art” of physiognomy. Exploring patterns of perceived and informed reality: intuitive, expressive and conceptual. Sir Francis Galton developed this pseudo science in the 1800’s as part of the whole Victorian thing of taxonomy (branch of biology based on classification of organisms by similarities of structure). It was thought that by compositing photos it would be possible to find the ideal image of “the criminal”, “the insane” etc. By identifying the signs of mental instability on the face, their “difference”, it was thought that these “others” within society could be quickly identified and isolated.

Extract from Catalogue
Subversive Testimonies brings British artists to Lithuania in an exhibition which explores the experiences of gendered identity through digital and video artworks. Jointly curated by Ieva Kuiziniene and Laura Denning the exhibition opens at ‘Meno Projektu Studija (Arts Projects Studio) in the heart of Vilnius, the Lithuanian capitol, on June 11th 2002.

Sarah Nicholson’s work ‘Poetic Possessions’ (produced in collaboration with the poet Elizabeth Greathead and technician Stas Krakiewicz) was initially produced during an artist-in-residence programme at Cleveland Arts as part of a social inclusion project. Poetic Possessions is …’Nicholson’s disputation of the ideas of physiognomy; a question mark against the supposed art of judging character by facial features; a reversing of this pseudo-scientific theory. Nicholson brings the disparate images together and creates a computer-based animation of slowly separating features’. 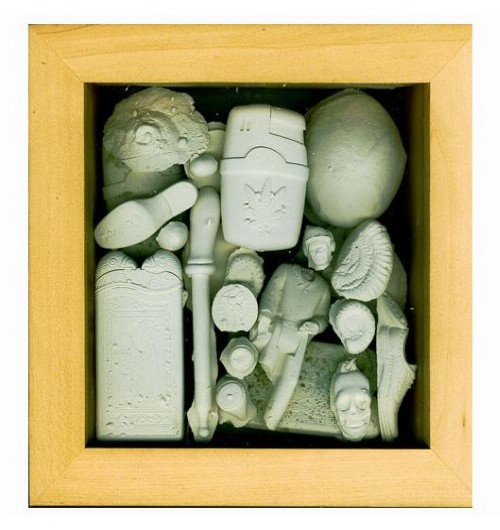 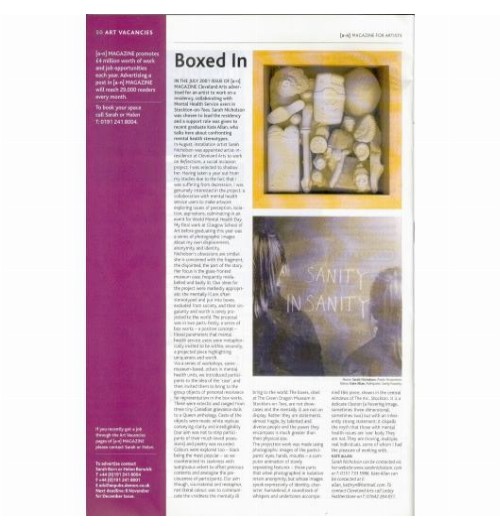 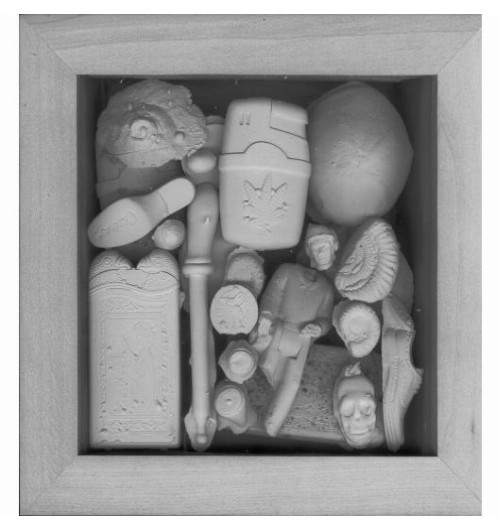 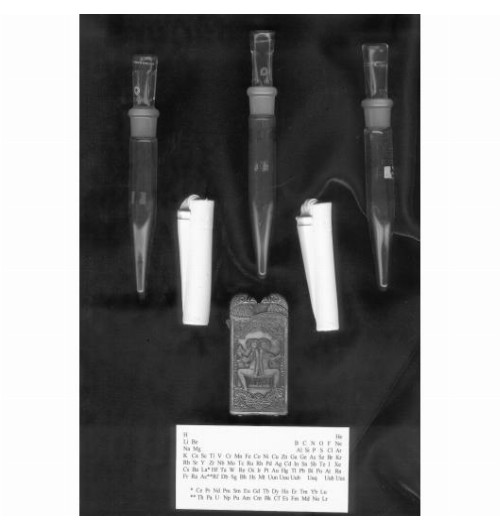 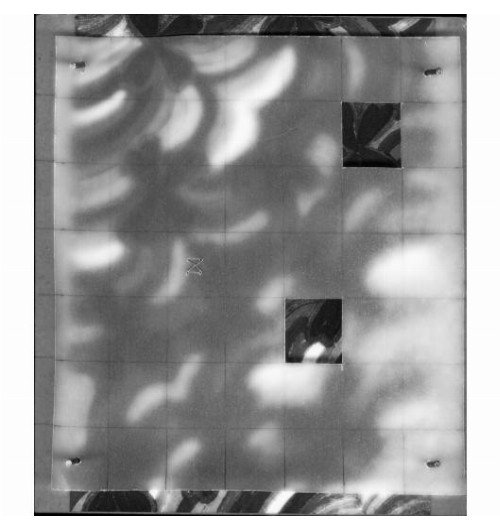 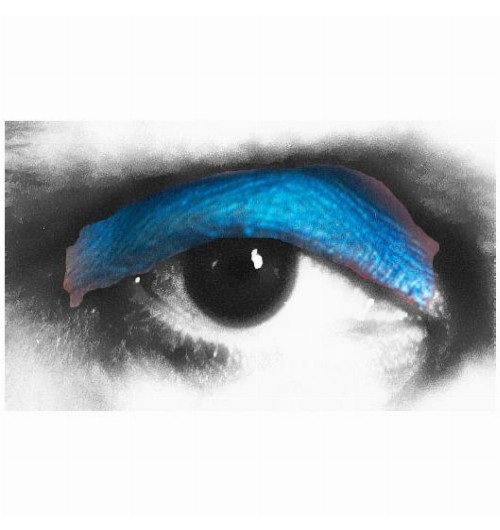 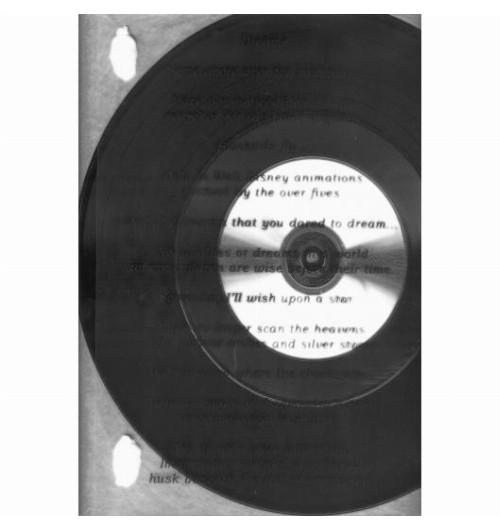 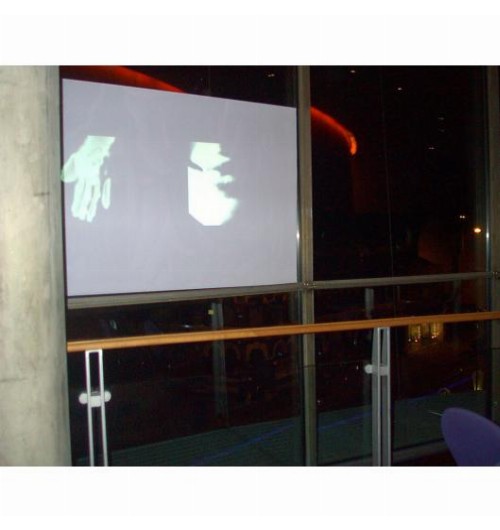 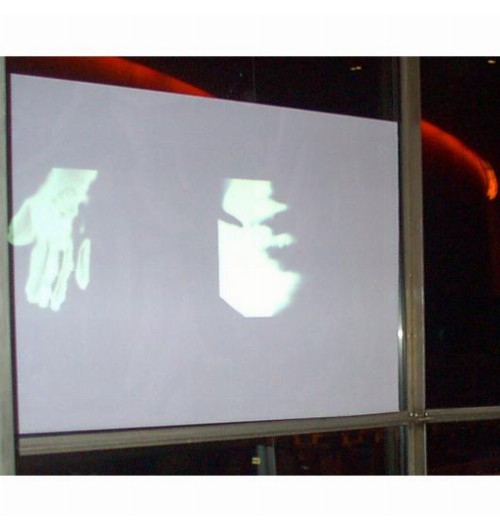